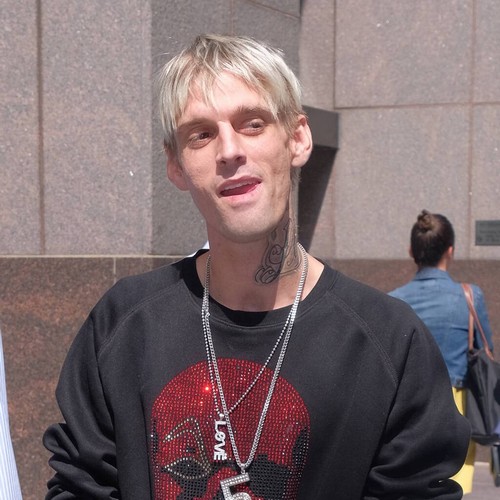 Aaron Carter has revealed his ex-fiancee Melanie Martin has miscarried their child.

The I Want Candy star, 32, had been expecting his first child with Melanie, but revealed during a YouTube livestream that she had miscarried “due to stress conditions”.

He explained to Melanie during the broadcast: “Anything that I said about you, I am sorry. I was just mad at you.”

In the video, he also confirmed they are “back together” and they kissed on camera, before admitting that their relationship originally came to an end due to “negative influences” and missteps on Melanie’s part.

“I have a different phone now and I am praying that no other problems happen. I feel like everyone has problems in their relationship,” she said.

Melanie went on to admit that she gave Aaron access to her “location settings” so that he would know that she was not lying about her whereabouts, as he added she “did wrong” but that “everyone deserves a second chance”.

“My heart never let go of (Melanie) and there was nothing I could do about it. And I became so miserable and lonely,” Aaron explained, insisting he’s “not willing to give up on” her just because they had “disagreements”.

He also confirmed he’d broken up with Viktoria Alexeeva, who he began dating last month, insisting he “did not care” about her.

Aaron previously appeared to raise questions as to his unborn baby’s paternity, commenting on the Hollywood Raw with Dax Holt and Adam Glyn podcast: “Am I upset? Of course. Do I feel taken advantage of? Of course. I felt like I was with someone that didn’t look me in my eyes.”