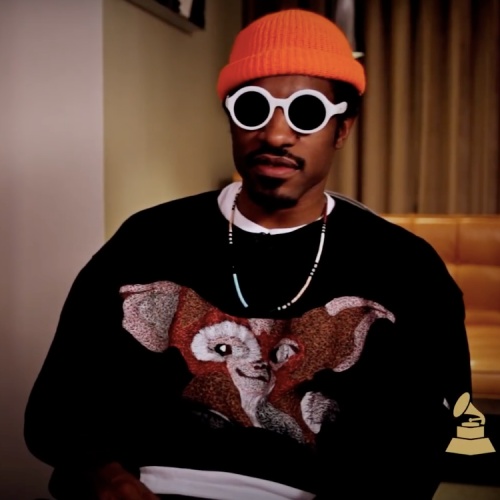 OutKast star Andre 3000 has released a line of shirts to benefit the Movement for Black Lives.

The Hey Ya singer announced on Instagram on Wednesday that he was releasing a range of tops inspired by the range of statement jumpsuits he has worn during live performances in recent years.

“Something very important is happening all over the world and it is happening to all of us. How does it make you feel?” he wrote in the caption. “For 3 days, a selection of shirts inspired by a collection of my jumpsuits will be sold and 100% of net proceeds will be donated to Movement for Black Lives @mvmnt4blklives to aid in their fight to end police brutality & racial injustice against Black people. This is only one piece in the war against systemic racism. It takes all of us. BLACK LIVES MATTER … at a minimum.”

Each long-sleeved black shirt features a statement message in white across the chest and a red shopping tag on the arm which reads “Not 4 sale”. Slogans include, “Across cultures, darker people suffer most. why?”, “Can one rest in peace & violence?” and “Breathe”.

The item listing on the rapper’s website includes information about where he originally wore the jumpsuit featuring that slogan. The shirts cost $75 (£59) each and all proceeds will go towards M4BL, a coalition of groups across the U.S. which represent the interests of black communities.

The Black Lives Matter movement has been dominating headlines in recent weeks due to the ongoing protests across the U.S. and major cities around the world following the death of George Floyd at the hands of Minneapolis police officers on 25 May.