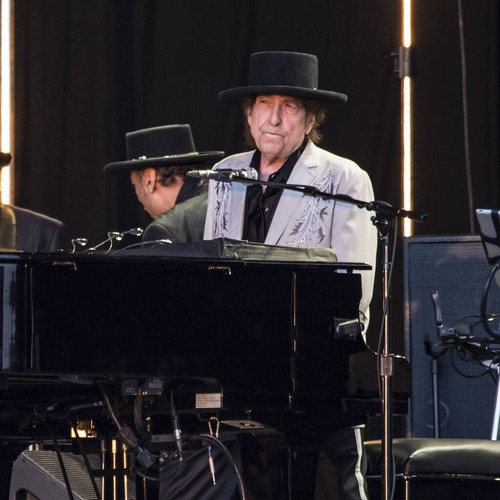 Bob Dylan has become the oldest artist ever to score a U.K. number one album with a record comprising of new original material.

The 79-year-old folk rock icon’s latest release, Rough and Rowdy Ways, has been met with huge critical acclaim since its release, and it tops Friday’s Official Charts Company rundown with 34,000 chart sales.

In addition to becoming the oldest ever act to top the chart with an LP of new tracks, he also becomes the oldest male solo artist to land a number one, surpassing Rod Stewart, who was nearly 75 when he reached the summit with an orchestral reworking of his old hits in December.

Vera Lynn, who passed away at the age of 103 this month, still holds the overall crown for her 2009 record We’ll Meet Again – The Very Best Of.

Bob’s fellow rock legend, Neil Young, is at two with his 11th Top 10 album, including two with the supergroup Crosby, Stills, Nash and Young – his highest charting collection since 1994’s Sleeps with Angels.

Lady Gaga’s Chromatica is at three, with Lewis Capaldi’s Divinely Uninspired to a Hellish Extent at four, and Harry Styles’ Fine Line completing the top five.

In the singles chart, Rockstar by DaBaby and Roddy Ricch makes it a sixth non-consecutive week at number one with former chart-topper Rain On Me by Lady Gaga and Ariana Grande staying at two. Dance hit Breaking Me by Topic and A7S climbs one place to three.

Yungblud experimented with sex, drugs, alcohol and gender in order to ‘find himself’ – Music News

Andy Bell has ‘nearly lost it all’ to fame – Music News