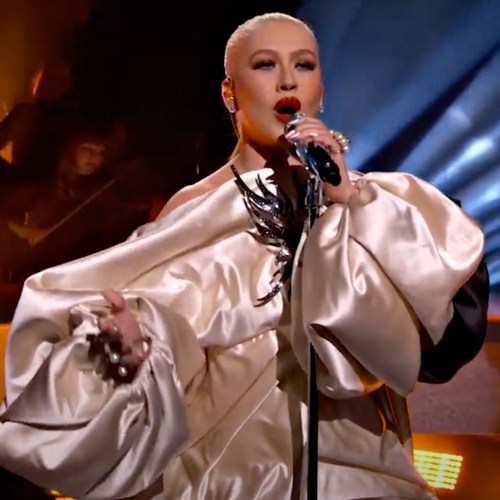 Christina Aguilera has urged her Instagram followers to ‘amplify black voices’ amid ongoing protests in the US.

The 39-year-old star has taken to the photo-sharing platform to pledge her support for the protests against racial inequality, and has also shared a letter from a black activist to further educate her fans about racism.

Christina – who has more than six million Instagram followers – captioned the post: “Imagine. I urge you to use this time to take action, educate yourself, listen, amplify black voices, protest in the street and protest at home by having hard conversations with those you love. I will be sharing resources in my stories & feed each day as they come. Every bit matters. (Repost @JGDillard) (sic)”

In JD Dillard’s letter, the screenwriter refers to the coronavirus pandemic, the death of George Floyd, and the murder of Martin Luther King Jr.

Dillard later adds: “To be Black in America is to be oscillating between sadness, and this pride. Imagine that. (sic)”
Meanwhile, Beyonce recently spoke out in support of the Black Lives Matter movement.

The Grammy-winning star – who is married to rapper Jay Z – urged people to stay “aligned and focused” in their battle for “real justice”.

Alongside an aerial photo taken of protesters in Minneapolis, the ‘Formation’ singer wrote on Instagram: “The world came together for George Floyd.

“We know there is a long road ahead.

“Let’s remain aligned and focused in our call for real justice.”

Prior to that, Beyonce revealed she felt “broken and disgusted” by Floyd’s death.

She said: “We all witnessed his murder in broad daylight. We’re broken and we’re disgusted. We cannot normalise this pain.

“I’m not only speaking to people of colour. If you’re white, black, brown, or anything in-between, I’m sure you feel hopeless about the racism going on in America right now.”