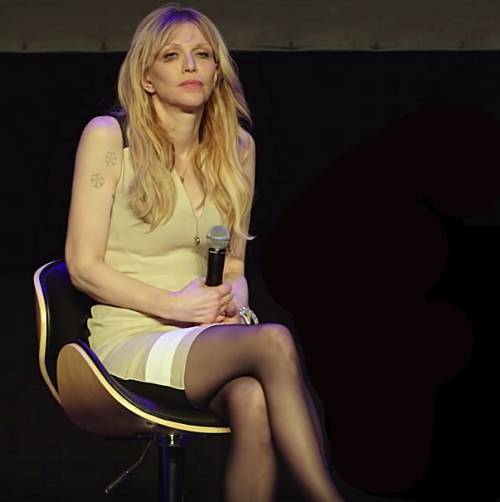 Courtney Love is keen to reunite with Hole and has been taking guitar lessons over Zoom to get back “into the rhythm of it all”.

The Iconic grunge group’s bandleader teased last May that she and her bandmates had discussed the possibility of getting back together.

However, the ‘Celebrity Hole’ hitmaker – who was joined by Patty Schemel, Eric Erlandson and Melissa Auf Der Maur in the classic line-up – has admitted it’s taken a while to get into the swing of things again, as they haven’t performed a major show together since 1998.

Speaking to NME.com, Courtney – who was married to late Nirvana frontman Kurt Cobain, with whom she had 28-year-old daughter Frances Bean Cobain – said of a Hole reunion: “Before I came back I actually had Melissa (Auf der Maur, bass) and Patty (Schemel, drums) come with our tech to this old-world rehearsal studio. We had a good session, but it takes a bit of time to get back into the rhythm of it all. It’s something I’d love to do and been taking guitar lessons over Zoom during lockdown and I’m writing again so we’ll see!”

The 56-year-old musician – who relocated to London from Los Angeles to work on new material – has started penning tunes for a solo project and has been getting inspiration from Frances.

Courtney has been working on the new tracks with her new manager, Jonathan Daniel, who helped with Hole’s last studio album, 2010’s ‘Nobody’s Daughter’.

She said: “It’s early days and I’ve recorded several new songs whilst I’ve been in London. I’ve also taken this time to enjoy rediscovering really good songwriters like Aimee Mann who’s from LA but went to Juliard and is a genius and overlooked. Frances [Bean, daughter] sends me playlists, which are fantastic and full of artists that I hadn’t come across before too.

“I also feel like the luckiest mother****** in the history of rock and roll because finally after 26 years myself and my family have an honest and ethical manager with great ears in Jonathan Daniel (JD) and Crush Music. We’ve been together since 2009. He started managing me in the middle of me making a self-funded [Hole] album called ‘Nobody’s Daughter’, which had some really amazing songs that I’m so proud of. He’s been instrumental in working with me on the new material too.”

Barack Obama off to record-setting start with ‘A Promised Land’

Adam Lambert: ‘You don’t have to get married to prove your commitment to somebody’ – Music News