There’s always something to learn from Disney stories, and the Disney Renaissance films were supremely successful mainly because each of these films brought a valuable lesson out of them. Aladdin, being one of the earliest ones, stood out for being something new and fresh.

RELATED: 10 Things You Might Not Know About Disney’s Aladdin (1992)

The film handed out these important lessons through quotes that were certain to resonate with the viewer, no matter the age range. Even after the 2019 live-action version has been released, fans have a special place in their hearts for the 1992 film. To commemorate the original, here are 10 best quotes from the animated Aladdin.

Updated by Saim Cheeda on May 19th, 2020: The interest around the classic works of Disney has shot up in popularity following several live-action remakes of these films. Most of the time, the consensus has remained that the originals are far better, and this has contributed to new viewers wanting to check out just what made these films so good.

With Aladdin being one of the topmost movies ever released by Disney, it stands as the go-to film for any viewer. In order to understand better what the film’s moral is supposed to be, there have been further quotes added that illustrate just why Aladdin is such a quality story that needs to be followed.

In this scene, while Aladdin was having second thoughts on giving up Genie’s freedom for marriage with Jasmine, Genie tried to make it easy for him by claiming he didn’t care.

This one really goes to show just how much love Genie had developed for Aladdin, as he was ready to give up freedom for all eternity if it meant the latter was happy. Considering Aladdin’s limited lifespan was like a blip in Genie’s, this really was the biggest sacrifice.

14 “Let Me Share This Whole New World With You…”

Sure, this was part of the song’s lyrics, but it felt so much like Jasmine and Aladdin talking rather than singing. It was here when the two finally understood what it was like to be free, although true freedom turned out to be different.

They realized that just being out wasn’t what they’d wanted, instead it was the fact that they got to share it together was what made it feel so special. From here on out, the two were meant to be.

This can be interpreted in both happy and sad ways, with Genie reminding Aladdin of the moral behind this quote. After all, moments are fleeting, and they are inevitably going to be left in the past.

However, it’s how one perceives these memories that makes their interpretations so different. If one were to choose to look at them as the times that made life worth living, then these moments will always live on happily in one’s mind.

12 “Sometimes We Only See How People Are Different. But If We Look Hard Enough, You Can See How Much We’re All Alike.”

Jasmine got to do a lot of quality thinking in her time isolated in the castle. She had this piece of wisdom to teach viewers, something she realized after being pretty much stuck in captivity despite being a princess.

It didn’t matter that she was the most sought-out woman in all the kingdom, as Jasmine didn’t think she was any different from a regular person. In fact, she relished at the prospect of being considered as part of the people.

This was uttered twice by Aladdin, with contrasting scenarios. The first one happened to be when they were being chased around, and he had to ask for Jasmine’s trust in placing her life in his hands; the second instance had an air of romance.

Both times, Aladdin took Jasmine away from the mundane happenings she was used to. Despite the prospect of dying or getting into trouble, Jasmine’s acceptance of Aladdin’s trust signified that she knew – even if she didn’t realize it then – that he would never let her down.

Before this scene played out, you’d have thought that Aladdin enjoyed his life as a “street rat”, engaging in frequent mishaps and run-ins. However, it was when he was hit with the term once more that we saw how it affected him.

Aladdin was shown depressed in his hideout for being shamed in public for being poor, and it was here we saw how badly he wanted to be seen for who he really was rather than always being judged for being poor. The point hit home more because this feeling was so relatable to the viewer; nobody wants to be seen as something they’re not.

A good change in the live-action Aladdin was the increase in the role of Jasmine, who was given her own plot to stand out. The animated version also had her moments of empowerment, with this one being the best one.

Here, Jasmine saw how Aladdin, the Sultan, Jafar, and everybody else were going on about her future while she was meant to watch powerlessly. It was with this proclamation that the men got the point that Jasmine wasn’t a prize that would simply be handed over.

8 “I understand. After All, You’ve Lied To Everyone Else, I Was Beginning To Feel Left Out.”

Every hero needs that one moment where they are called out for thinking too highly of themselves, and Aladdin got his when he betrayed the Genie and went back on his promise to release him.

In that moment, Genie realized that Aladdin might have seen him as more of an ally than a friend, and called Aladdin out for his lack of honesty. A true reflection on what one has become is best handed out by friends, so Genie’s telling Aladdin how he’d become was the harshest, but the best thing that could’ve happened to him.

The bumbling version of the Sultan was honestly much better than the one we got in the recent live-action incarnation, as this moment where the Sultan finally made a worthwhile decision carried more weight.

When he realized that the rule of only marrying a prince was wrong, especially considering how Aladdin had proven himself more worthy than anybody else, the Sultan abolished the former law and allowed Aladdin to be with Jasmine, proving why the Sultan deserved his title.

6 “If I Were As Rich As You, I Could Afford Some Manners!”

Aladdin is a great film to teach the younger ones a lesson in humility, as we saw how the poor Aladdin was more deserving of happiness due to his gentle nature, as compared to those who were richer but were horrible people.

In this scene, Aladdin wasn’t impressed by the foreign prince who arrived as Jasmine’s suitor, and called the man out for his behavior. While Aladdin was treated unfairly, there’s no doubt he was right to point out that all of the prince’s riches didn’t buy him even a morsel of respect and manners.

5 “To Be Free. Such A Thing Would Be Greater Than All The Magic And All The Treasures In The World.”

The interesting thing about this film was that all of the main characters were trapped in one way or another. Aladdin was a “street rat”, Jasmine was a princess who could go nowhere, and Genie was shackled.

This was more a message toward the viewers than Genie’s own thoughts, as it was meant to illustrate how having basically anything one would want – whether it was power or money – didn’t mean one would be happy. It could end up being one’s curse if the cost was freedom of choice.

This is an extension of the quote above, but the memorable part here is the superb line delivery of the legendary Robin Williams. The line has been used as the litmus test over whether someone could be on par with Robin as the Genie.

The scene also came at a time where the viewers were amazed for the first time with the incredible performance that Robin brought, as the Genie displayed all his powers, only to reveal that the “itty bitty” living space prevented him from being free.

3 “Jasmine, I Do Love You, But I’ve Got To Stop Pretending To Be Something I’m Not.”

Aladdin’s wishes didn’t really do much for him if you think about it. He got to have an entry into the castle, but that was the extent of it as Aladdin realized if he wanted to be happy he had to accept himself for who he was.

To this end, the prospect of becoming a real prince and achieving the life of a royal didn’t have any meaning to him because it came at the cost of Aladdin’s integrity. Even though he loved Jasmine, being what society wanted him to be would have meant he wasn’t doing Jasmine justice either.

This line might seem like a throwaway one since by this point all of the conflicts had been resolved, but it is actually extremely significant as Jasmine finally had a choice in her future. The former rule had been abolished, but it was still Jasmine’s decision who she wanted.

So, hearing her happily choose Aladdin as her future husband brought the satisfaction that Jasmine herself was finally free. We’ve seen couples across media break-up for weird reasons, but it was a certainty Aladdin and Jasmine would forever be happy because the latter had made the decision to marry him.

1 “Al, No Matter What Anyone Says, You’ll Always Be a Prince To Me.”

In some ways, you could consider the true “love story” in this movie to be that of Aladdin and Genie. After all, it was the moment where Aladdin released Genie that it became clear he chose his friendship over his romantic interest.

Out of all the heartwarming scenes in the movie, it was when Genie said these words that most people should find themselves tearing up as the two best friends embraced and accepted one another for who they were. And Genie was right too, Aladdin had proven himself to be as good, if not better, than any prince there might have been.

NEXT: The 10 Best Disney Live-Action Movies Of All-Time, According To IMDB


Next
10 Things You Didn’t Know About Sofia Vergara 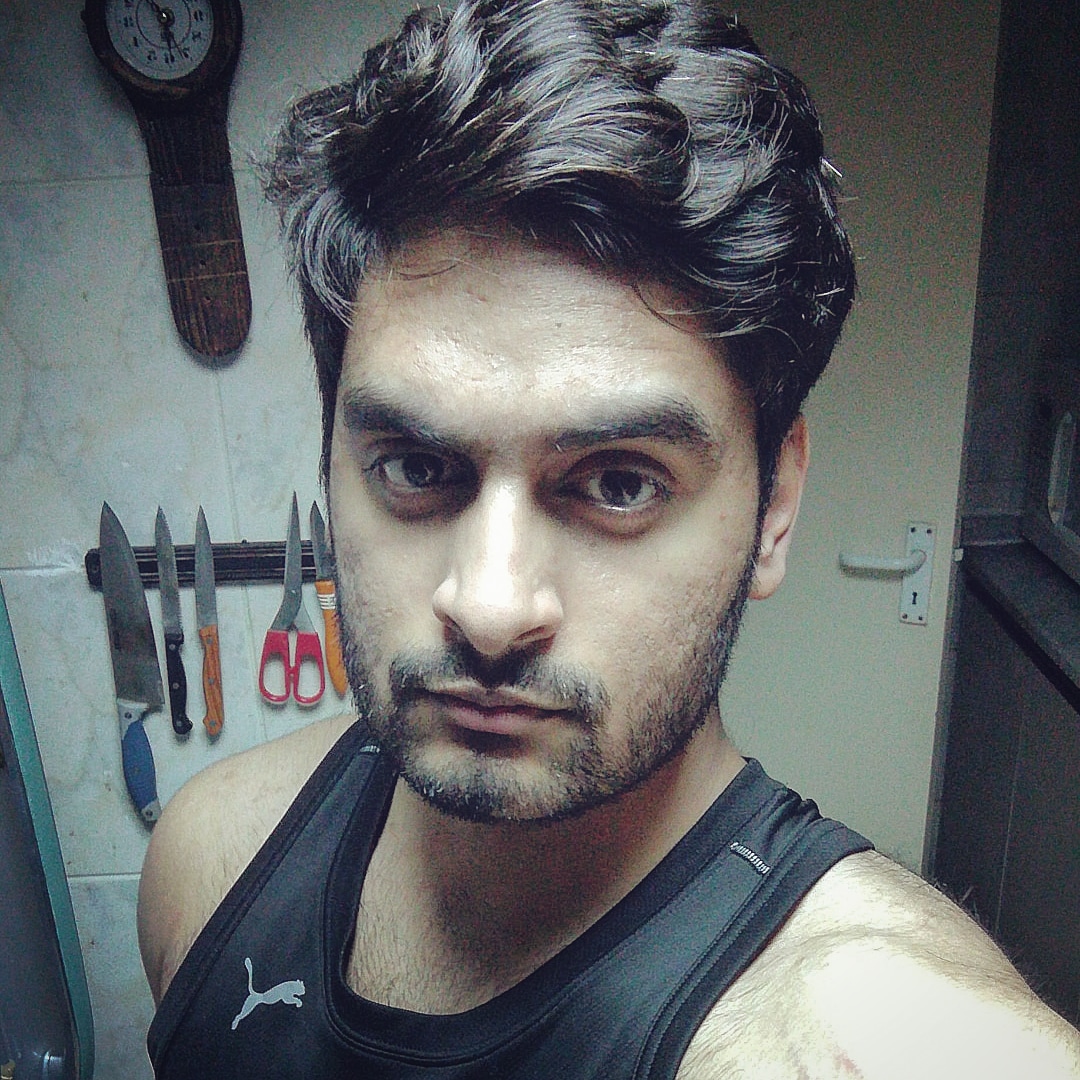 Saim Cheeda is an entertainment writer covering all of Film, TV, Gaming and Books. He’s been a writer for Valnet since 2017, contributing 500+ articles for The Gamer, The Things, Game Rant, Comic Book Resources and Screen Rant. Apart from freelance writing, Saim is a lifestyle blogger, co-owning the blog 3 States Apart.
http://3statesapart.com

Spider-Man Disgustingly Used His Own [Spoiler] as Webbing

What Happened To Coach Jason Brown After His Resignation

Everything To Know About Rain Brown