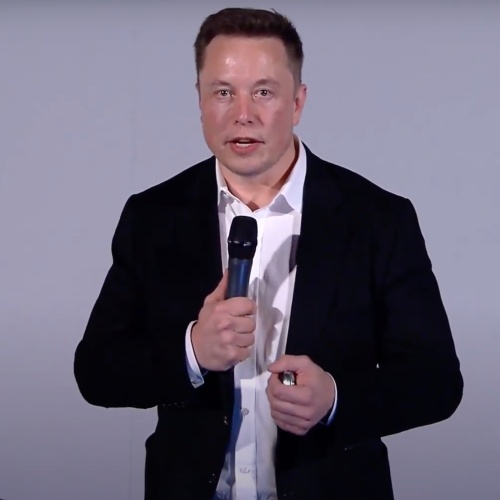 Singer Grimes, 32, took to Twitter to explain where X Æ A-12, the unusual moniker she and Musk chose for their son, came from, writing: “X, the unknown variable … Æ, my elven spelling of Ai (love &/or Artificial intelligence) … A-12 = precursor to SR-17 (our favourite aircraft). No weapons, no defences, just speed. Great in battle, but non-violent + (A=Archangel, my favourite song) (metal rat) (sic).”

However, Musk, 48, couldn’t help jumping into the comments to correct his partner.

She tweeted: “I am recovering from surgery and barely alive so may my typos b forgiven but, damnit. That was meant to be profound (sic).”

Elon quickly backed down and wrote: “You are a powerful [fairy emoji, queen emoji].”

No one has yet been instructed how to pronounce the baby’s name but when one fan suggested it could be “X Ash Archangel”, Elon seemingly confirmed this by liking the tweet.

And Elon said the baby was doing well, when one fan asked how things were going for the new dad.

Speaking about the child, Elon – who has five children with his first wife Justine Wilson – wrote on Twitter: “Happy, healthy & cute as a button 🙂 (sic)”

Meanwhile, Grimes previously confessed that falling pregnant has been a “profound” experience for her.

She said: “For a girl, it’s sacrificing your body and your freedom. It’s a pretty crazy sacrifice and only half of the population has to do it.

“It was really profound to me when I decided I was going to do it, to actually go through the act of unprotected sex. I’m just like, I have sacrificed my power in this moment. I have, like, capitulated. And I have spent my whole life avoiding that situation. I have never capitulated to anything, so it was just a profound commitment.”

Trump says he will get tested for coronavirus antibodies