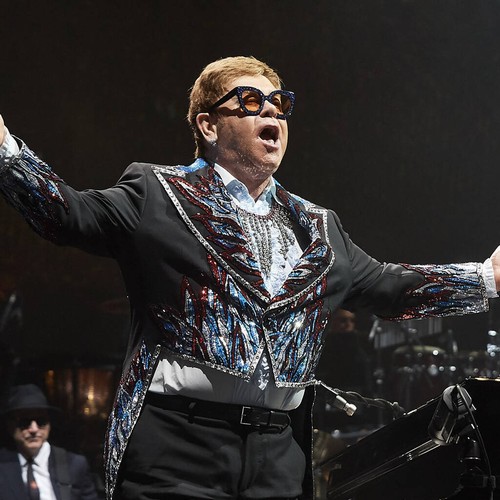 Elton John was “thrilled” to feature so heavily in the latest episode of Killing Eve as he’s a massive fan of the TV series.

The Rocket Man hitmaker and his music are a big part of the new instalment of the spy-action thriller, which tells the story of two fiercely intelligent women, Sandra Oh’s Eve and Jodie Comer’s Villanelle, who go head-to-head in a dangerous game of cat and mouse.

During this week’s episode, a boy, who is a long-lost relative of Villanelle’s and a big fan of the music star, asked her what she thinks the singer would eat if he were in Berlin or Vienna.

He also leads Villanelle in a rendition of Crocodile Rock, as well as giving her a note which reads: “Go see Elton.”

Sharing a snap of Comer’s character wearing oversized heart-shaped glasses, much like his own, the 73-year-old posted on Instagram: “#KillingEve is such a groundbreaking series. And I was thrilled to be included in this week’s episode. I think the glasses suit you @jodiemcomer!”

The 27-year-old was clearly delighted with the mention, as she responded with a shocked emoji and a heart underneath Elton’s post, and also shared it on her Instagram Stories.

She also shared a post from Elton’s own Stories timeline on her own page, showing him saying: “I love this @jodiemcomer. You look fabulous.”

“I can’t even act cool. I’m going to look at this whenever I’m sad,” she captioned her post.