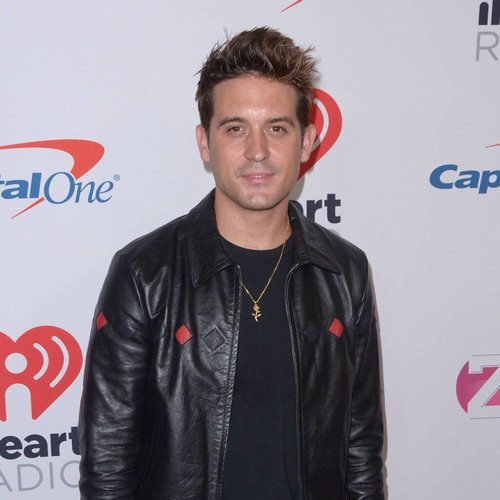 G-Eazy’s representative has shut down speculation suggesting a poem from Halsey’s new collection is about her year-long romance with the star.

In her new poetry anthology, I Would Leave Me If I Could, the Without Me singer wrote a poem titled Lighthouse, with many fans speculating it’s about the 31-year-old rapper, who she dated between 2017 and 2018.

The verse speaks of one of Halsey’s exes, who she describes as “7 feet tall” with dark hair and who does lines “for days on end” until he would “pace the room in circles.”

She writes he would cry while “banging his fist against his forehead” until his knuckles bled and put his hands around her neck and said, “I’m going to f**king kill you.”

The star’s fans have assumed the poem describes G-Eazy, who is 6 ft 4 with dark hair and has previously been convicted of assault and drug possession charges, but his publicist has denied the claims.

“We understand everyone’s desire to continually link them for sensationalist purposes, but she did not name any names, so for anyone to speculate is just irresponsible,” they told the New York Post’s Page Six.

Neither star has yet to address the speculation directly.