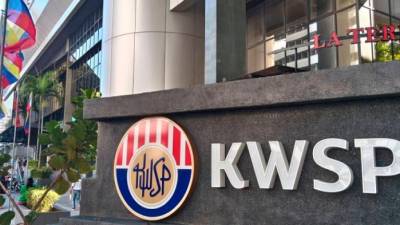 PETALING JAYA: The i-Sinar initiative is a two-edge sword, sharper on one side than the other.

For those who have had their salaries cut or have lost their jobs, being given the chance to dip into their Employees Provident Fund (EPF) savings comes as a relief, albeit temporary.

On the other hand, the damage can be worse than expected. Funds for retirement will be significantly depleted.

Worse than that, it may tempt some EPF contributors, particularly those in the middle income group (M40,) to dip into their retirement savings to divert funds to other investment portfolios.

Analysts expressed fears that those who are not well versed with institutional investments may just get their fingers burnt.

Economist Prof Dr Barjoyai Bardai of Universiti Tun Abdul Razak (UniRazak) said those in the M40 group could be tempted to make use of the opportunity to withdraw money from their EPF Account 1 to invest in other institutions.

“I see a potential systemic shift of investments from EPF to other portfolios. The risk will be greater because some of these institutions may not have been well tested,” he told theSun yesterday.

“Those in the M40 group will more likely have a bigger balance in Account 1 than those in the B40,” he said.

“Like always, those in the M40 group will feel that they have the least to benefit from the budget every year, as is the case in Budget 2021.

“There are few, if any, goodies for them in this budget. They may perhaps see the i-Sinar initiative as the only bright spark for them, and then use it to try to make more money elsewhere,” he added.

Barjoyai agreed that some in the M40 group who have lost their jobs could use their money from Account 1 to invest in new businesses but, he pointed out, there is no way for EPF to monitor them and ascertain if they are using the money for the right reasons.

He said some younger contributors may also convince themselves that the EPF is not the best investment institution, so it is better to divert their money elsewhere, hoping for higher returns.

EPF chief executive officer Tunku Alizakri Alias had said recently that the i-Sinar initiative will benefit about two million contributors. Those who have applied for such advances will have the money credited into their bank accounts from January next year.

This, Alizakri said, could result in a depletion of about RM45 billion from EPF’s portfolios by the end of next year.

EPF will have to liquidate some of its assets to ensure there are enough funds to meet its obligation under i-Sinar.

Barjoyai also expressed concern that if these assets are liquidated in a hurry, EPF will be unable to optimise its profits, and that will mean lower dividends for contributors at the end of the year.

Economist Tan Sri Prof Noor Azlan Ghazali, in a brief phone interview with theSun, said if a large institution such as EPF looks to sell assets, it could compromise prices.

“EPF’s impact on the market is significant. Its decision to sell assets at lower than market price will have an impact on other investors and bond holders,” he said.

Like it or not, the impact on the overall returns for EPF contributors will be affected and this will translate into lower dividends.

That will be something to worry about.

Kia Telluride named a Car and Driver 10Best for 2021