Skip to content
Home>>Music>>Haim: ‘Equal representation at festivals shouldn’t even be a question’ – Music News
Music 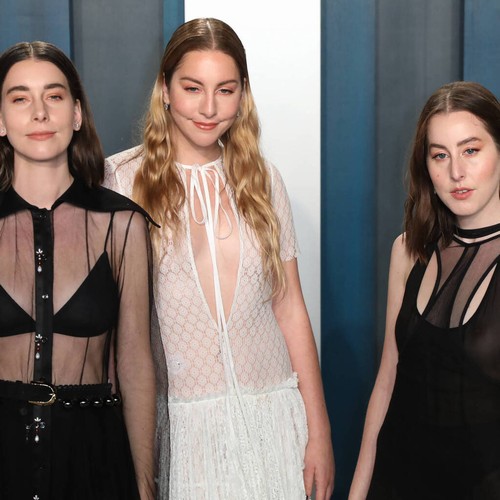 Este, Danielle, and Alana Haim have insisted equal representation at festivals ‘shouldn’t even be a question’, as ‘women make the best rock music’.

The Haim sisters discussed the debate surrounding gender balance at music events during an interview with NME.com, saying it was ‘laughable’.

“I mean… it’s like all these festivals, it shouldn’t even be a question,” Alana said, “Why is it even a thing? Book women. Just do it.”

“It really is kind of laughable, right?” Este agreed, “That it’s even a thing. It’s crazy. I think women make the best rock music. There, I said it!”

Danielle said that she and her siblings had ‘definitely’ been having the conversation about festival gender equality with their agents, and sighed: “It feels kind of like a slap in the face. I’m (not) gonna mince who it was, but I saw some quote from a festival booker that was like: ‘There’s just not enough women.’ And it’s like, what are you f**king talking about?”

Meanwhile, Stevie Nicks has publicly advocated for Haim by challenging to get them inducted into the Rock & Roll Hall of Fame on two occasions.

Her support is taken as “the biggest compliment” by the Want You Back hitmakers, with Alana gushing: “She’s literally the best human on this planet. I mean, right now, we’re a band and who f**king knows what’s going to happen in the future. But, for now, I’m very happy in this band moment that we’re in.”