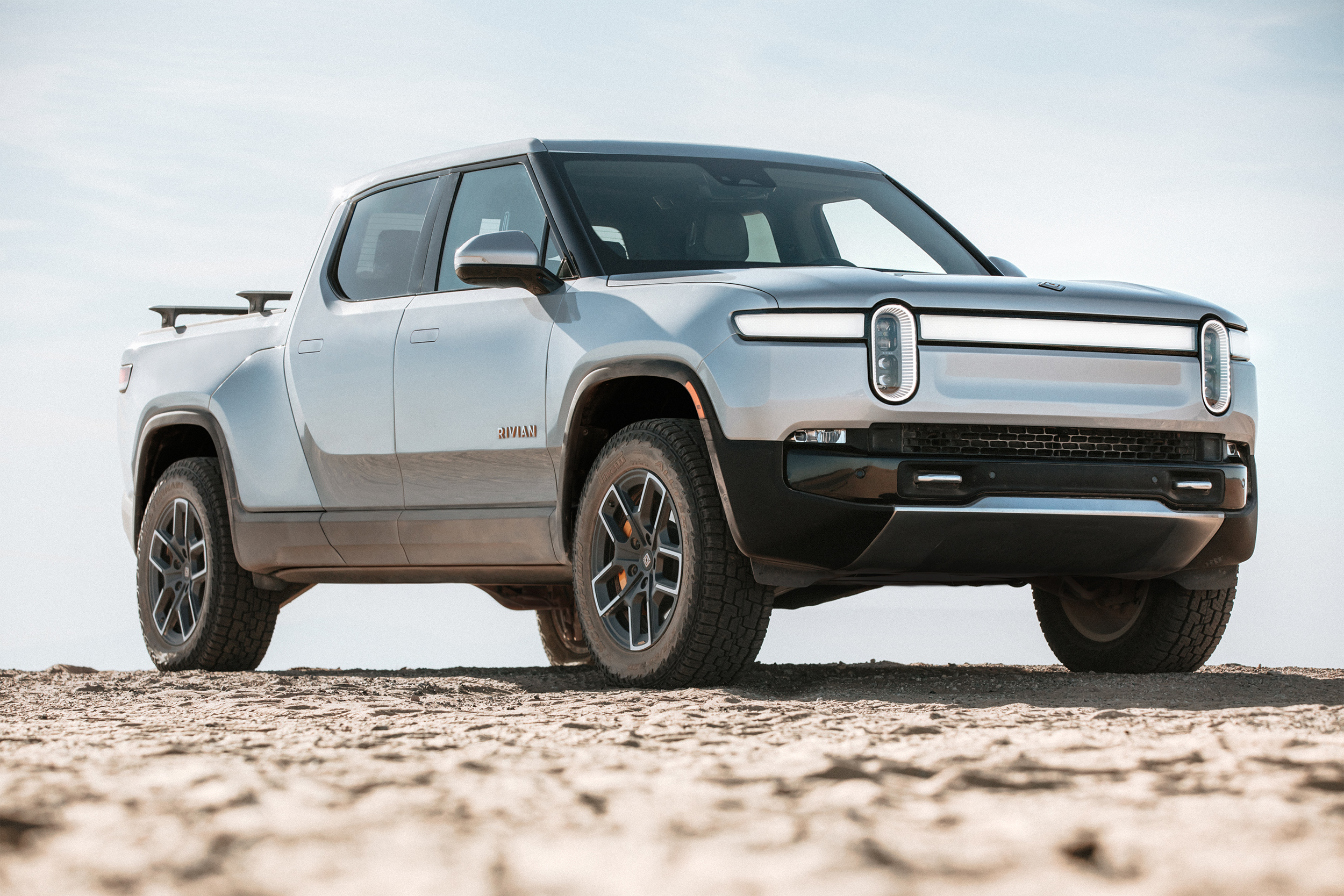 Before Amazon founder Jeff Bezos and his fellow astronauts-to-be hitched a ride into space, they caught a ride to the launch pad in a sleek, all-electric Rivian R1S SUV.

It is one of several models to be produced by the California-based startup later this year. Amazon is now one of the largest investors in the automaker, with a $700 million stake. Amazon has reportedly ordered 100,000 vehicles to fill last-mile delivery and shipping needs for its Prime delivery service, with some test vehicles already on the roads and the remainder expected to hit the streets by 2030.

Bezos, his brother Mark, Wally Funk, and teenager Oliver Daemen lifted off from a Texas launch pad atop a Blue Origin rocket on Tuesday morning to become the first all-civilian suborbital crew. All four also had the distinction of being among the few non-Rivian employees to get a ride in a prototype version of the new R1S.

It may be a while until anyone else gets to drive one. Last week, Rivian announced it would have to delay the launch of production for both the R1S and the R1T, a pickup based on the same underlying platform.

“The cascading impacts of the pandemic have had a compounding effect greater than anyone anticipated,” Rivian founder and CEO R.J. Scaringe wrote in an email to customers who placed orders.

The auto industry, as a whole, has been hammered by the pandemic. The entire North American automotive manufacturing network closed for about two months in spring 2020, creating a huge shortage of not only fully assembled vehicles but automotive parts and components. The situation has grown even worse in recent months due to short supplies of semiconductors. That’s a particularly serious issue for electric vehicles that use even more microchips than conventional vehicles.

Rivian now has signaled its goal of putting the two battery-electric vehicles into production by September. But the fluid situation with microchips could set that back even more, several analysts warned. Both models will be assembled at a plant in Normal, Illinois, that used to be owned by Mitsubishi.

The trucks ride on a skateboard-like platform with batteries and motors mounted under the floorboards. Several different versions of the two models will be offered. The top-end R1S will use a 180 kilowatt-hour battery pack capable of up to 400 miles range per charge. Four electric motors, one driving each wheel, will deliver up to 800 horsepower and will be able to launch the battery-SUV from 0 to 60 in about 3 seconds. Prices will start at around $67,000.

In addition to Amazon, Rivian has also been working with Ford. However, the automakers recently canceled plans to jointly develop an electric SUV for Ford’s high-line Lincoln brand. But the Detroit automaker has confirmed that it will work with Rivian on other projects as it accelerates its own battery-car program.

A look at why Quibi failed so soon after launching

Latino workers are at increased risk of dying on the job, new report says

Trump touts big job gains, says the U.S. is ’rounding the corner’ on the coronavirus