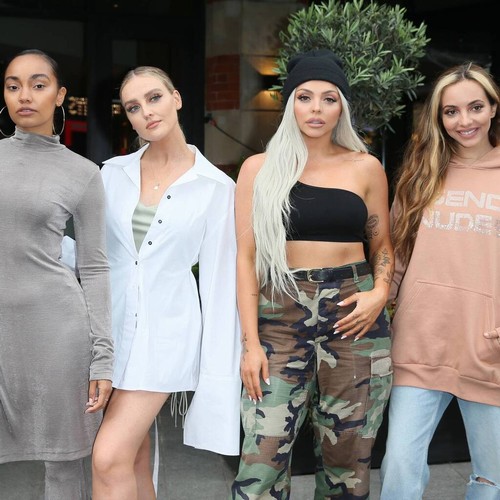 Jesy Nelson couldn’t help but appreciate having space from her Little Mix bandmates during the coronavirus lockdown.

The 29-year-old star, who released new single Holiday with Perrie Edwards, Leigh-Anne Pinnock and Jade Thirlwall last week, admitted it was “horrible” being away from her Little Mix bandmates for so long, but told U.K. TV show This Morning there were some benefits.

“It’s horrible, we’re like family now, so to not be with them for this long has been horrible but I have seen them and it was amazing, because they’re like my sisters,” she shared.

“In the same aspect, it was quite nice to have our own space and time, because we never get time to just chill and just do nothing, so that was quite nice.”

Jesy, who split with beau Chris Hughes right before going into isolation, also spoke about filming the video for the new single without her bandmates due to social distancing regulations.

“It was so weird. The minute I got to the studio everyone had to have their temperature checked, there were people in these bodysuits, these visors,” she recalled.

“Our make-up artists and our hair (stylists) had to have these suits on. It was the weirdest experience ever, but it was fun, but it’s amazing how they’ve done it. You would never know that we’ve been superimposed in the video, so it’s very cool.”

Robert Smith: ‘I feel really sorry for the people who had plans this year, it’s been a disaster’ – Music News