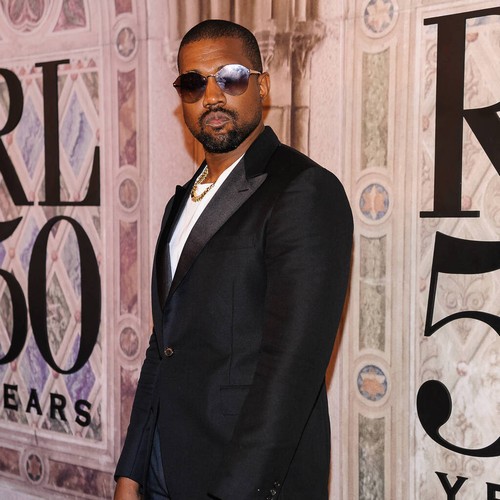 Kanye West has claimed he’s been “trying to divorce” his wife Kim Kardashian since 2018.

The rapper embarked on another Twitter tirade in the early hours of Wednesday, revealing his intent to split from Kim – the mother of his four children – for the past two years. During the rant, Kanye voiced his disapproval about an alleged meeting between Kim and rapper Meek Mill which he says took place in a hotel.

“They tried to fly in with 2 doctors to 51/50 me I been trying to get divorced since Kim met with Meek at the Warldolf for ‘prison reform’,” he wrote.

5150 refers to the California law code for the temporary, involuntary psychiatric commitment of individuals who present a danger to themselves or others due to signs of mental illness.

It’s been reported that Kanye’s nearest and dearest are concerned he’s going through an episode relating to his bipolar disorder. This follows his recent worrying behaviour including crying at his presidential campaign rally, claiming that he and Kim almost aborted their daughter North, and going on an earlier Twitter rant comparing his life to horror movie Get Out.

“Meek is my man and was respectful That’s my dog Kim was out of line I’m worth 5 billion dollars and more than that through Christ But ya’ll ain’t listen to MJ and now ya’ll believe them???” Kanye continued, although it’s unclear why he was taking issue with Kim’s decision to meet with Meek to discuss reforming the U.S. prison system.

Meek has broken his silence on Kanye’s claims, posting a cryptic tweet about the allegations.

“S**t got too real I had to cut a couple ends….” he posted on his account.

Elsewhere in his rant, Kanye compared Kim’s mother Kris Jenner to North Korean leader Kim Jong-Un as he called her “Kris Jong-Un”, and alleged that “Kriss (sic) and Kim put out a statement without my approval … that’s not what a wife should do White supremacy.”

He also claimed Michael Jackson was murdered, and stated that Lil Baby is his favourite rapper but won’t collaborate with him.

“Says the future president,” he concluded.

Earlier in his rant, Kanye had told fans he was considering pushing back his U.S. presidential run to 2024, after initially declaring his intention to run in the 2020 election.

Among the responses was one from a fan which read: “With how many states have closed ballots, I think running in 2020 wouldn’t be the best use of your time or resources when we know you have a lot of other big ideas and projects you can make amazing. But prepare everything for 2024 and head into it with all the momentum.”

Another commented: “I love you, Kanye. But I do not think it’s a good idea for you to run this year.”

Kanye has yet to clarify whether or not he’s officially pulling out of this year’s race for the White House.

Parents worried about how to keep their children entertained this summer

Biden and Obama get together, take aim at Trump's coronavirus response

Carrie Underwood: ‘I’m a can do wife and mum’ – Music News