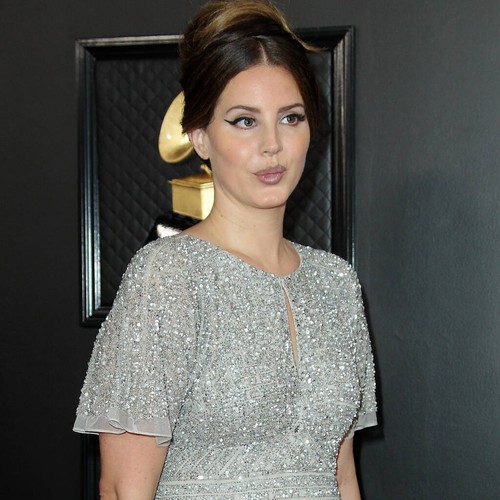 Lana Del Rey has defended her decision to wear a mesh face mask to a meet-and-greet event by explaining it had plastic protection on the inside.

The singer sparked anger among fans worried about the Covid-19 pandemic last month when she wore a silver sparkly fishnet face covering to sign copies of her new poetry collection at a Los Angeles bookstore.

Lana has now spoken out about the episode by tweeting a response to an opinion article on The Michigan Daily website discussing whether it was right to “cancel” her for a “misstep”.

“Great article. The mask had plastic on the inside. They’re commonly sewn in by stylists these days,” Lana wrote, adding: “I don’t generally respond to articles because I don’t care. But there ya go. Same goes for everyone’s masks in my video. I’m lucky enough to have a team of people who can do that.”

In other sections, the article cited unfounded allegations Lana voted for outgoing U.S. President Donald Trump in this month’s election, and that she glamorises abusive relationships in her lyrics – suggestions that the Video Games musician also wanted to correct.

“Again not that I believe it’s anyone’s business at all-but I made it clear who I voted for,” she asserted.

“And I don’t glamorize tough relationships. Relationships can just be tough. Period. Every other singer sings about the same damn thing. Always have, Probably always will. Thanks stay tuned,” Lana admonished.

The singer has made many negative comments about Trump in the past and took Kanye West to task when he expressed support for America’s controversial leader on Twitter, calling the rapper and the President “narcissists” who need an “intervention”.