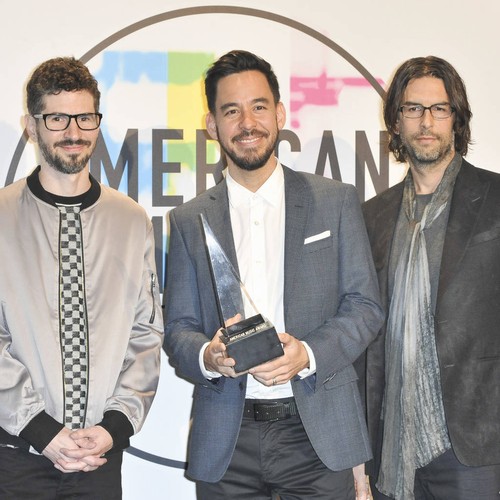 The coronavirus outbreak has forced rockers Linkin Park to press pause on the band’s first new material since the death of frontman Chester Bennington.

The Crawling hitmakers went on hiatus following Bennington’s tragic suicide in 2017, but they regrouped for a memorial show in Los Angeles that October, and in 2018, co-vocalist Mike Shinoda admitted he was open to touring with his bandmates again, if they were ready.

“For us, with the band, we’ve been kinda writing and doing that before this all started,” Farrell shared during a recent appearance on the Dan Really Likes Wine livestream.

Although the global health crisis has prevented the surviving bandmates from regrouping in person, they have made time to connect virtually.

“Casually at this point, we’re doing Zoom (video) meetings to eat lunch together and say, ‘Hi’,” he continued. “But we’re not able to get together and write or do that whole bit. So (we’re) working at home a little bit, working up ideas.”

And Farrell has been using the extra downtime to perfect a new musical skill – while also enjoying a little alone time away from his family: “I’ve been playing a lot of drums, just to do something new – I’ve been doing that for the last year, year and a half,” he said, “and purposely making as much noise as possible to create my own space in the house.”

The Weeknd: ‘I want to write an album for a female artist’ – Music News