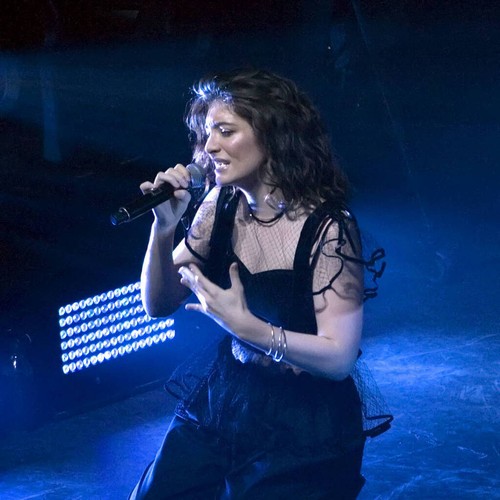 Lorde has urged world leaders to take action on climate change after witnessing the problem first-hand during a trip to Antarctica.

The Royals singer, 24, visited the frozen continent last year and is releasing a photo book documenting her travels after becoming concerned about the lack of action from politicians and U.S. President Donald Trump’s decision to withdraw from the Paris climate agreement.

“I envisioned Antarctica slowly turning to slush, flooding the Southern ocean,” she writes in a new essay for New Zealand’s Metro magazine. “The urgency I had once felt about making the trip south returned. I made phone call after phone call, got several dozen booster shots, and then it was happening – this dreamy musician was hitching a ride to the end of the world.”

She went on to explain that she was conflicted about her five-day visit, as she might damage the pristine environment herself. However, Lorde said the trip clarified how vulnerable Antarctica is to human action.

“It can’t be tamed, or domesticated, or possessed. Antarctica is not your mother,” she urged. “It’s not going to cushion your fall.

“Being in Antarctica isn’t always fun, exactly. It’s thrilling and spiritually intense, but as the days go on, I find it hard to shake the thought that I really shouldn’t be here. It’s so clearly not an environment fit for humans to inhabit. The sheer effort it takes me to stay alive for five days while the continent does its best to expel me is exhausting.

“Being in Antarctica has clarified how deeply vulnerable, how in need of protection, it is. But it took coming here for that knowledge to galvanise – and in coming here, I have also been a small part of its deterioration.”

Lorde’s book, titled GOING SOUTH, is yet to receive a release date, but it will be followed by a new album that’s partially inspired by her experiences in the region.

Bursa Malaysia ends with a bang after parliament passed Budget 2021

Jaden Smith: ‘Sofia Richie and I have been friends for ten years’ – Music News