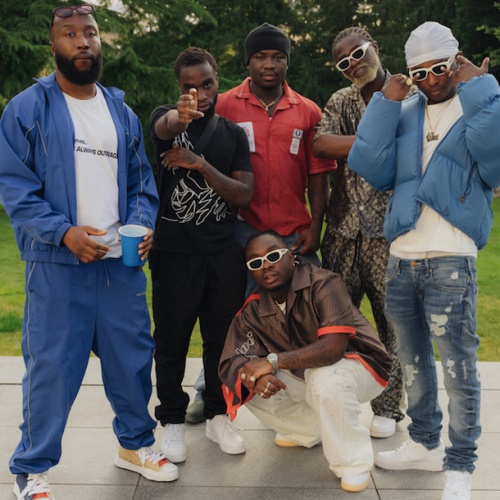 The weekly Top 20, initiated by Afro Nation and compiled by the Official Charts Company, is understood to be one of the world’s first official charts for the genre, shining a spotlight on Afrobeats artists enjoying success in the UK. The chart is described as a landmark moment for a genre whose growing influence on popular music culture is exploding across the globe.

“Thank you for the recognition of our impact on the scene. We appreciate it and all fans of NSG, more hits to come.”
NSG score a second entry on the new Top 20 with Lupita at Number 5. The six-piece group unveiled new visuals for the track earlier this week.

Rising star Darkoo opens at Number 2 with her latest track, the uplifting, feel-good Kryptonite – the follow-up to her massive breakout hit Gangsta with One Acen. The South Londoner threw her support behind the launch of the Afrobeats Chart earlier this week, describing it as a “game changer” for the scene.

Elsewhere in the first-ever Top 20, Nigerian singer and rapper Rema boasts two entries with Woman (6) and Ginger Me (10), Tiwa Savage opens at 11 with Dangerous Love, and Naira Marley’s As E Dey Go is at 16.

A weekly Spotify ‘Official UK Afrobeats Chart’ playlist featuring the 20 biggest Afrobeats tracks of the week plus a bonus slot to spotlight a new release for listeners to discover is also now available to subscribe to or embed. This week’s spotlight track is A Star, Mista Silva, Kwamz & Flava’s Dance With The Kings.