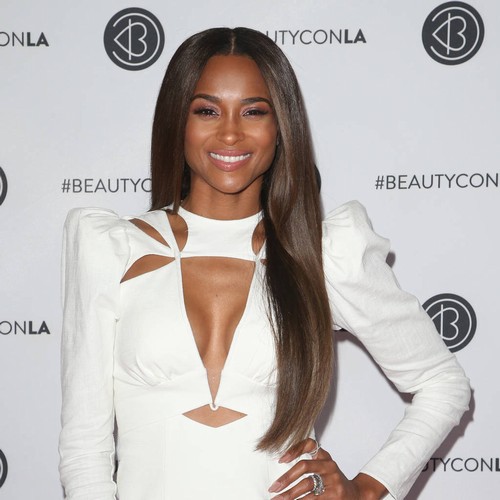 Pregnant Ciara has surprised a group of pregnant military members with gifts and a shock drop-in during a virtual baby shower.

The Goodies singer made the unannounced appearance at a Zoom gathering hosted by the United Service Organizations (USO) charity for about 50 expectant servicewomen and spouses of soldiers at Fort Hood Army Base in Texas.

“I am so grateful for you all and your sacrifices,” she gushed to the women in the online meeting room, gifting all attendees with a diaper pail and a goodie bag.

Ciara, who is currently pregnant with her third child, explained she was born in Fort Hood into a military family and she personally relates to the lifestyle.

“I have a great connection to all of you for obvious reasons, being a military brat,” she smiled.

Ciara also opened up about the challenges of co-parenting with her husband, National Football League quarterback Russell Wilson, during the COVID-19 lockdown.

“I feel like there’s something (that) kinda makes you strong, and my mum had to deal with that as well,” she said.

Ciara was originally scheduled to perform at Fort Hood’s USO centre on March 19, but the concert was postponed due to the pandemic.

The Level Up hitmaker announced she and Russell, her husband of nearly four years, are expecting another baby in January (20).

Ciara shares daughter Sienna, three, with the American footballer and she also has a five-year-old son, Future Zahir, with her ex-fiance, rapper Future.