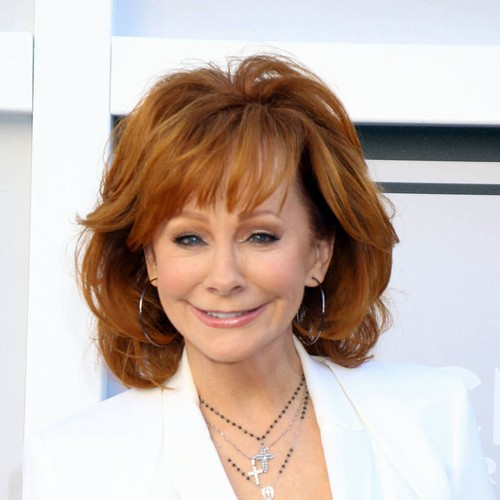 The singer, who served as the event’s co-host, posed for photographers wearing a long glittery coat over a black blouse and trousers, while Rex was dressed in a blue suit jacket, black pants, a dark shirt, and matching tie.

The couple began dating earlier this year after both made guest appearances on hit sitcom Young Sheldon, and Reba took the opportunity to show off her new man at the CMAs, giving him a shout out from the stage.

At the start of the Music City Center event, Reba reflected on presenting the show in-person, in the same room with her peers, who were all socially-distanced in the audience.

“Nothing beats standing on stage in front of real people, just looking out at your pretty faces, like that one right there,” she said, motioning to the table where the CSI: Miami star was seated.

He then offered up a piece of advice, saying: “Rex, always stay six feet away from Carrie Underwood.”

Reba went public with her latest relationship in an October episode of her Living & Learning With Reba McEntire podcast.

She was previously married to her former manager, Narvel Blackstock, from 1989 until 2015. She went on to date photographer Anthony ‘Skeeter’ Lasuzzo but ended the romance late last year.

Stringent action against those spreading slanders