The UK’s used car market increased by 4.4% in Q3 after two consecutive quarters of decline, according to the latest figures published today by the Society of Motor Manufacturers and Traders (SMMT). During the busiest quarter since the end of 2016, some 2,168,599 transactions took place between July and September, 92,217 more than the same period in 2019, with September recording the largest growth, up 6.3%.

Despite the growth, spurred by the re-opening of showrooms and easing of lockdown measures across the country, the UK’s used car market is still down with 1,070,941 fewer transactions over the first nine months representing a decline of -17.5% overall.

With England entering a new lockdown and the introduction of tougher restrictions and ‘firebreaks’ across the devolved nations, sales in the fourth quarter are expected to be heavily affected. The swift re-opening of used car outlets – which are generally spacious premises with outdoor areas and which can accommodate social distancing far more easily than other retail environments – would go a long way to help prevent further subdued activity in the market, enabling the latest, lowest emitting vehicles to filter through to second owners. 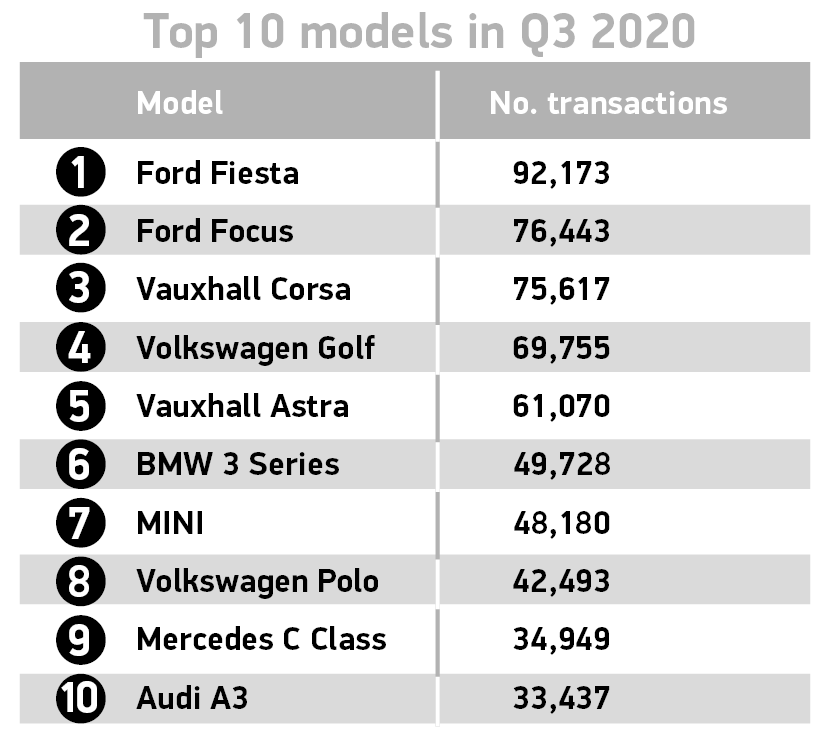 Superminis, despite only seeing a modest 2.0% increase during the third quarter, remained the most popular segment with 698,587 purchases, accounting for 32.0% of transactions. The lower medium was the next best seller with 27.0% of the total market share. Meanwhile, the dual-purpose segment showed the largest percentage growth (16.6%) with 13.0% market share as more of these popular vehicles entered the used market. 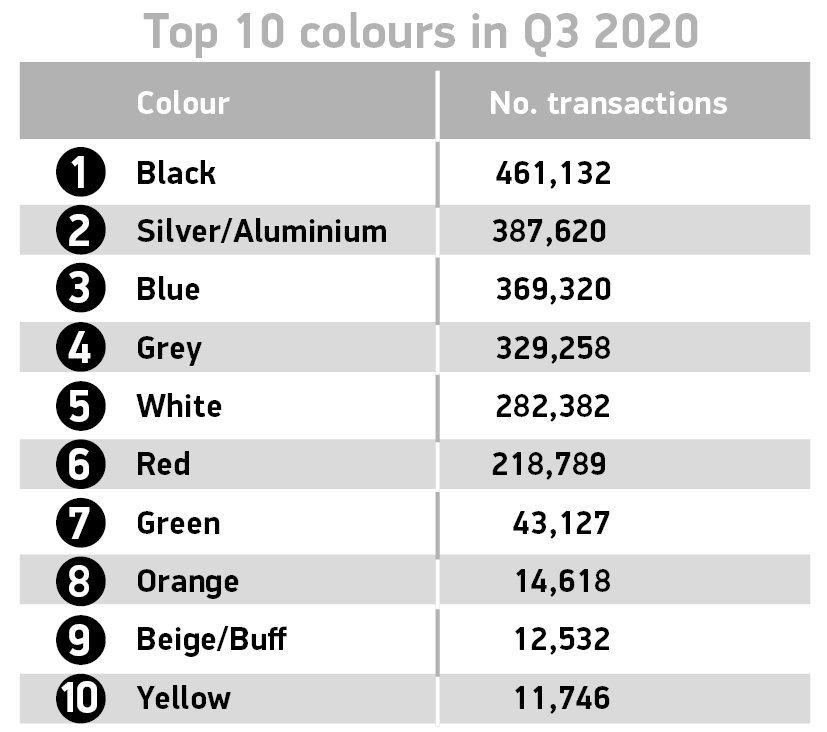 In other trends, black held its position as the number one colour among used car buyers, ahead of silver/aluminium and blue, with 56.5% of used cars sold in the third quarter clad in the top three colours. Bronze saw the biggest growth, up 16.1%, albeit representing just 5,958 of the 2.16 million cars sold in Q3 while cream/ivory decreased most significantly by -10.8%. 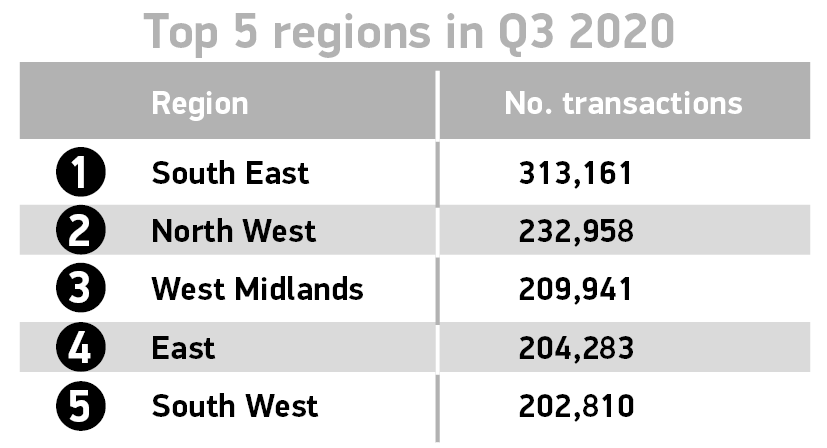 With England entering a fresh lockdown, and tighter Covid restrictions in place across the rest of the UK, the car is playing an even more important role in keeping society moving as public transport becomes less attractive for many. It is encouraging to see used car sales returned to growth but, as the pandemic continues and outlets in many areas are being made to close again, the short-term outlook is less positive. Given these premises are often proven to be Covid-secure, we need them to re-open quickly to protect vital jobs and ensure no further delay to the fleet renewal necessary to deliver environmental improvements.