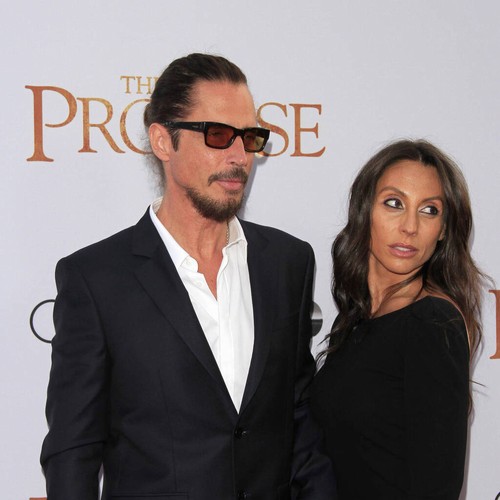 In a lawsuit filed in May, bandmates Kim Thayil, Matt Cameron and Ben Shepherd accused Vicky Cornell of using funds intended for charity for “personal purposes for herself and her family,” after they claimed to have an oral agreement to perform for free at last year’s I Am the Highway: A Tribute to Chris Cornell concert.

The filing came after Vicky sued the group over the rights to several unreleased songs and what was described as “hundreds of thousands of dollars” in royalty payments her family were due following her husband’s suicide in 2017.

However, according to The Hollywood Reporter, the band have dropped the claims after Vicky’s lawyers allegedly threatened the group with Rule 11 sanctions for filing “shameful and objectively frivolous” claims.

“When we threatened Soundgarden with the undisputed facts that their claims concerning Vicky Cornell and the Cornell Charitable Foundation were disgraceful and fabricated by requesting the court sanction them for their appalling conduct, they caved in and agreed to drop their claims,” Vicky’s lawyer Marty Singer said in a statement.

“We were looking forward to having the court make Soundgarden and their attorneys accountable for their shameful conduct, but they instead backed off their meritless claims since they knew they would lose the Rule 11 motion, which is used in court to punish and deter parties and their attorneys from pursuing objectively frivolous claims.”

According to the filing, the band still believes their claims that millions of dollars were unaccounted for are “well-founded” but agreed to voluntarily dismiss them “for reasons communicated” to Vicky’s lawyers.

In response to Vicky’s own lawsuit, Soundgarden “categorically (deny) every material contention lobbed against them including that they were uncaring following Cornell’s death in 2017.”

Sweden becomes an example of how not to handle COVID-19