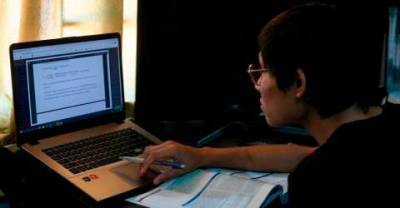 PETALING JAYA: Contrary to what the country’s leaders say, digital learning has failed to live up to expectations.

For a start, the infrastructure is inadequate to meet the unprecedented demand for internet access.

Furthermore, some children do not have the capability to follow lessons online, causing them to lose interest in their studies, a factor that educationists fear will lead to an alarmingly high dropout rate.

More than a million students have already been affected by the lockdown, and that is not counting those who are in college and university. Over and above that, according to Education Minister Dr Radzi Jidin, 99,491 teachers and 20,438 members of school support staff have also been forced to stay at home because of the Covid-19 pandemic.

Parent Action Group for Education president Datin Noor Azimah Abdul Rahim said the need for a movement control order (MCO) as a result of the pandemic has clearly revealed the vast disparity in digital learning.

She cited data to show that at least two-thirds of Malaysian students do not have the luxury of internet connectivity at home.

“There is an assumption at the Education Ministry that home-based learning is viable if guided by parents,” she told theSun. But that is a fallacy.

“Children will largely be left on their own or even made to help out with household chores when they should be studying, thereby disrupting the learning process,” Noor Azimah said.

A recent survey by the United Nations Population Fund and the United Nations Children’s Fund (Unicef) has revealed that there is an alarmingly high rate of students from the most vulnerable communities in Kuala Lumpur who have failed to return to class.

Noor Azimah also noted that one out of five households that responded to the survey has a child who has lost interest in schoolwork or is feeling demotivated. Furthermore, 7% of all students (9% for boys) have already dropped out.

Unicef also projected that at least 24 million students around the world will drop out of school because of the pandemic.

“It is very clear that home-based learning is ineffective. Students should return to school as soon as possible,” Noor Azimah said.

She said that if the authorities decide not to reopen schools, they will have to introduce an alternative plan to help students recover some of the “lost learning” since March 18 when the MCO was first imposed.

Radzi has acknowledged that there are some challenges to home-based learning. A study by his ministry reveals that 36.9% of students do not own a smart device that will enable them to study online.

National Union of the Teaching Profession (NUTP) secretary-general Harry Tan said teachers were ready to help but the absenteeism rate has reached a higher than normal level because of a lack of motivation.

He said teachers also have to be trained in distance learning methods and digital competencies.

However, he also argued that grades are no longer as essential “to achieve greatness”.

“The focus now is on a holistic development of the child and to cultivate his intellectual abilities.”

Stringent action against those spreading slanders

29 out of400 EMCO evaders surrender (Updated)

Top Glove to fully cooperate with authorities on EMCO extension