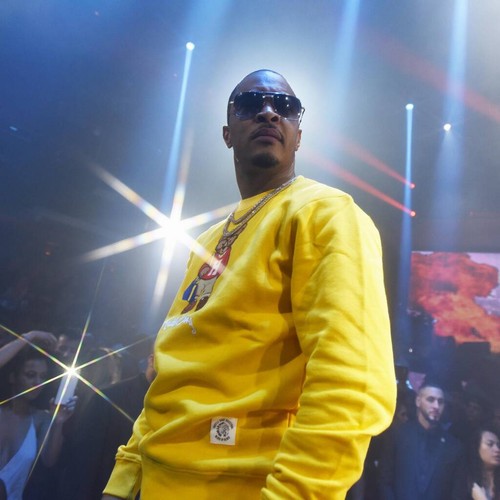 Rapper T.I.’s 2019 stand-off with his daughter over his podcast confession about her annual virginity test will play out in the latest episode of the family’s reality show.

Deyjah Harris learned of her father’s candid chat on the Ladies Like Us podcast while she was vacationing with the family and all of the drama was caught on camera.

T.I. created a storm of protest after telling hosts Nazanin Mandi and Nadia Moham a gynaecologist checks his daughter’s hymen on her birthday every year to make sure she is still a virgin.

The comments sparked a period of estrangement between father and daughter and prompted the rap star to publicly apologise to Deyjah, and now, the whole incident is being dredged up again on the latest episode of VH1 show T.I. & Tiny: Friends & Family Hustle, as the 19-year-old learns what her dad said.

“Things are completely uncomfortable for me right now,” Deyjah says in a clip from the show. “I’m scrolling on Twitter and I see I’ve been tagged in a post. The only word I saw was ‘gynaecologist’. I didn’t even need to read the whole title ’cause I just knew. My heart sank. (I’m) very shocked, hurt, angry, embarrassed.”

Deyjah also takes aim at her father, claiming he treats her differently than his sons when it comes to sex: “My dad even jokes with (brother) King about becoming a baby daddy. He would never joke like that with me. This situation is just a little traumatising for me.”

Appearing on an episode of Jada Pinkett Smith’s Red Table Talk at the end of last year, T.I. apologised to his daughter for the comments he made and expressed regret over the fact that he upset her.

“I am incredibly apologetic to her for that,” he said. “She understands my intentions and she knows who I am. She knows who I’ve always been. And I think that that allows a certain level of understanding. The outside, the noise, it’s distracting, it’s confusing, it’s hurtful and embarrassing.”

T.I.’s wife Tameka ‘Tiny’ Harris recently insisted her husband’s relationship with his daughter is “really good”, adding, “That is one of the biggest things our family had to deal with this season. It was a big deal. Their relationship is definitely much better now because Deyjah is a very bright girl.

“Her dad just wants to love on her, so any time he’s around her, he just can’t stop loving on her. They’ve been doing really good. There’s a lot of conversation. A lot of talking, a lot of back-and-forth trying to figure out where the biggest problem was. And, understanding how she feels, where he was coming from and what he actually meant by whatever he said.”

Necessary or needless? Three months into the pandemic, Americans are divided on wearing masks