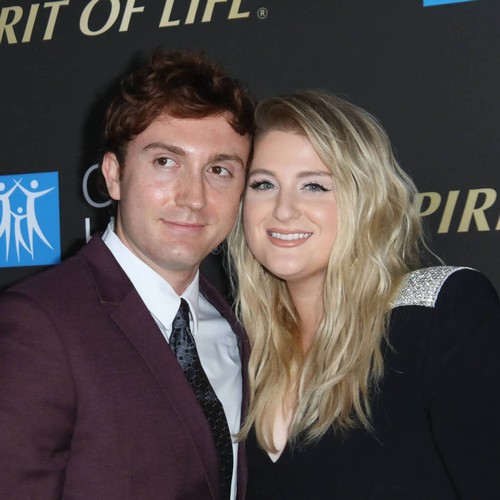 Singer Meghan Trainor and her actor husband Daryl Sabara have already experienced sleepless nights as parents-to-be because they were so excited to share their pregnancy news with the world.

The Me Too hitmaker revealed the couple is expecting their first child via Instagram on Wednesday when she published a snap of her sonogram, surrounded by Christmas tree branches and baubles.

She also called into America’s Today show to personally break the news to her friend and TV presenter Hoda Kotb and her co-host Jenna Bush Hager, admitting she and Daryl had been buzzing all night as they prepared to go public with the baby news.

“We’re so excited, we couldn’t sleep!” Meghan exclaimed.
“We’ve been waiting for so long (to tell people)… We’re all so happy. We’re thriving,” she declared.

“I’m very lucky, my pregnancy has been pretty easy so far,” the pop star said, admitting her journey to motherhood has made her realise just how “amazing” women are.

“Women are superheroes, this is crazy!” she added.

Meghan celebrated the news she’s set to become a mum by releasing two new Christmas tracks from her upcoming holiday album, her cover of Wham!’s Last Christmas and new song My Kind of Present, which she wrote with her brothers, Justin and Ryan Trainor.

Both tracks feature on her festive project A Very Trainor Christmas, which is scheduled for release on 30 October, and Meghan, who is “over halfway” through her pregnancy, couldn’t be happier.

“It’s my favourite things in the world: a baby, my husband, and Christmas, and my family,” she beamed.

“The whole album was recorded with the baby in me, so it’s like our first album together, it’s really cute…,” she continued: “We also dropped a song last night called My Kinda Present, and we’ve turned that into my baby song! Like, this (pregnancy) is My Kind of Present this year. It’s so cute!”

Hurricane Delta heads into Gulf on path for U.S. after hitting Mexico