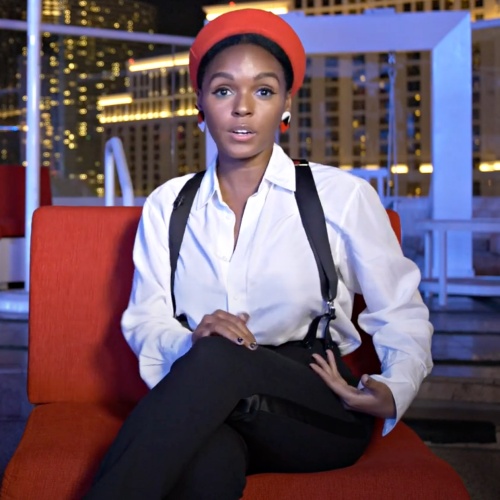 Janelle Monae wants to take over the role of Storm in the X-Men movie franchise.

The singer/actress created her 2018 album Dirty Computer in Atlanta, Georgia at the same time Ryan Coogler was filming his Marvel superhero movie Black Panther there. Spending time with the film’s stars, like close pal Lupita Nyong’o, gave her a taste for comic book movies and she now has her eye on mutant Storm, a role made famous by Halle Berry.

“I definitely have thrown it out there. One of my dreams has always been to play Storm,” she told Empire magazine.

Although the X-Men are Marvel Comics characters, the mutant superheroes have been kept apart from the main Marvel Cinematic Universe (MCU) due to rights issues, which have been resolved by Marvel Studios’ parent firm Disney buying 21st Century Fox, which owned the rights to X-Men, last year.

And the star would love to see a Black Panther and X-Men crossover, with her adding: “I don’t know if she comes in Black Panther, but it would be a dream to have her in it. I don’t know where they are with that.”

The actress currently in place as Storm is Alexandra Shipp, who played a younger version of the weather-altering mutant in the last two X-Men movies – but Janelle wants to be next in line.

“A lot of women have played Storm and they’ve done an exceptional job, and I would love to be in that line of artists and get to do Storm justice,” she stated.