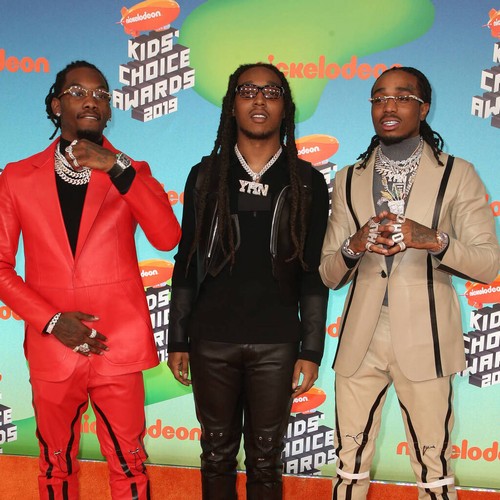 Hip-hop stars Migos are taking their longtime talent attorney to court, accusing him of cheating the band out of ‘millions’.

The Bad and Boujee hitmakers are suing Damien Granderson for malpractice and unjust enrichment, claiming he failed to disclose ‘glaring conflicts of interest’ by taking Migos on as clients in 2013, even though he already represented bosses at the band’s label, Quality Control Music.

In legal papers obtained by The Hollywood Reporter, the trio’s lawyer, Bryan Freedman, argues Granderson took advantage of Quavo, Offset, and Takeoff’s lack of higher education when he first began working with them, and saw them as ‘easy targets’, charging them ‘excessive fees’ without a proper written agreement, and convincing them to sign with QCM executives, who in turn had an exclusive distribution deal with Capitol Records officials.

He also allegedly encouraged the band to rework its Capitol contract in 2018, without explaining that it “triggered an extension of the exclusive recording agreement between QCM and Migos, which Granderson knew to contain terms that were unconscionable for Migos”, Freedman wrote.

The agreement effectively ties Migos to the two labels for the foreseeable future – or they risk losing out financially.

Elsewhere in the suit, the stars also accused Granderson of making mistakes in drafting agreements, and of practising law in California without a proper licence.

The bandmates are seeking to have a fee agreement with Granderson declared invalid, while they are also fighting for restitution and punitive damages.

After Twitter cyberattack, GOP senator calls on Jack Dorsey to work with feds

Bitcoin scam breaches some of world’s most prominent Twitter accounts