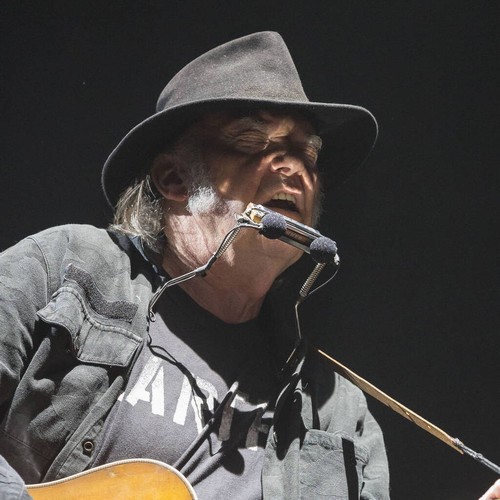 Neil Young has stated he is ‘not OK’ with Donald Trump using his songs at his Fourth of July weekend event.

During Trump’s rally, held at the base of Mount Rushmore on Friday, the U.S. leader played three of the rocker’s songs, to Young’s apparent irritation.

“This is NOT ok with me,” the 74-year-old tweeted from his official account, alongside a video of his 1989 hit Rockin’ in a Free World playing over the sound system at the gathering.

After another clip emerged of his track Like a Hurricane playing before Trump took the stage, Young added: “I stand in solidarity with the Lakota Sioux & this is NOT ok with me.”

The comment referred to the Indigenous peoples in the area, who were historically forced off the sacred land when gold was discovered in the region.

Young’s song Cowgirl in the Sand was also heard at the event, according to Deadline.

Young has previously criticised Trump for playing Rockin’ in a Free World during his presidential campaign in 2015, with the star himself reportedly a supporter of Democratic candidate Bernie Sanders.

R.E.M., Pharrell Williams, Rihanna, Guns N’ Roses, Rolling Stones, and the estate of Tom Petty have also objected to Trump’s use of their music.